) Long walk to a just transition

Long walk to a just transition

Jennifer Zeiss, Partner in Africa International Advisors’ Integrated Energy Practice, was recently interviewed by Maria Kielmas for her views on how gas can be a route to energy transition in South Africa and what the eventual future lies for the coal industry given this transition. Jennifer was a panel member discussing the “Repositioning of the Southern Africa Gas Play for agility in a dynamic world” at the Africa Gas Forum, held in March this year.

The insightful article titled “Long walk to a just transition” first appeared in the April 2021 issue of Petroleum Review, published by the Energy Institute (www.energyinst.org).

South Africa’s shift from a coal dependent economy and energy sector will be slow, expensive and likely to marginalise the poor, writes Maria Kielmas.

Located at the hub of a nascent southern African gas region, coal-dependent South Africa has an opportune route towards a low carbon economy. Gas-fired power generation could replace less thermally efficient and more environmentally damaging coal fired plants as a base load, and produce a window to develop technologies for the country’s vast renewable energy resources. The gas route would also ensure a ‘just transition’, replacing the employment and social costs caused by a diminishing coal industry by creating new jobs in infrastructure, gas and renewables. This is the theory. However, the practicalities are more complicated. The African continent’s most industrialised country, over 80% of South African power generation capacity is dependent on coal. State-owned power utility Eskom generates over 95% of the electricity consumed in the country. But it carries a debt of $35bn – about 15% of total South African national debt – due to mismanagement and overspending, making it the country’s biggest economic risk. The utility acquired millions more customers after apartheid ended in 1994, but expansion of generation capacity was hindered by poor governance. At the same time the workforce has increased over 50% over the past decade.

With low-income neighbourhoods increasingly unable to pay electricity bills – Soweto Township in Johannesburg owes $1.3bn – middle class urban residents are increasingly installing individual renewable generation such as solar panels as well as conventional diesel generators, depriving Eskom of revenues. Eskom has been providing its low-income customers with a 50 kW/month allowance since 2003 that has been subsidised by higher volume customers. ‘If commercial, industrial and higher income residential customers defect from the grid in favour of privately installed renewables, Eskom will gradually lose its paying customers and be left with a subsidy they can ill afford,’ comments Laura Menzies, Director at Johannesburg-based business advisory FTI Consulting. South Africa has a 2030 target of reducing carbon emissions by 26% relative to 2010. The long-term target is to decarbonise power generation by 2050. But since 1994, successive governments have invested politically and financially in the coal sector. President Cyril Ramaphosa founded the National Union of Mineworkers (NUM), the largest union in Eskom, in 1982 during the apartheid period. Mineral and Energy Minister Gwede Mantashe was an NUM regional organiser in the Mpumalunga coal belt until 1993. Both are reliant on coal labour support to stay in power. So Ramaphosa talks about the potential of renewables while Mantashe stresses that a just transition must be gradual and a significant role be reserved for nuclear and clean coal.

The Black Economic Empowerment (BEE) programme introduced in 2005 to redress apartheid injustices, created further political and financial issues at Eskom. The company changed its coal procurement policies over a decade ago to push for more junior BEE suppliers, signing mainly short term – two-year – contracts. Meanwhile, multinationals such as Anglo American and Billiton quit the country, even though the 2002 Mineral and Petroleum Resources Development Act stipulated only a 26% BEE stake in the coal industry. The result was that Eskom found itself short of coal and had problems with its quality. The country has endured 12 years of rolling blackouts, called load shedding locally, that in 2019 alone cost it between $3–5bn. Analysts put the total mismanagement price tag at $12bn. In 2021, Eskom needs a weekly 1bn rand ($6.5mn) subsidy from government to keep the lights on. The company says it aims to become profitable by 2023 onwards, a move that will include consumer tariff increases. The Ramaphosa government is thinking of taking over some of Eskom’s debt. In any case, financial markets tend to regard the utility’s debt as sovereign. The South African government is prepared to subordinate sovereignty to keep Eskom working, says Lumkile Mondi, Professor at the School of Economics and Business Science at Johannesburg-based Witwatersrand University. The BEE coal suppliers are the biggest suppliers today to Eskom, so politically the company has to stay with them. Meanwhile, cities with a strong tax base, such as Cape Town and Durban, are able to transition towards renewables easier than towns dependent on Eskom. Both cities are attempting to build their own renewables infrastructure. This will marginalise the poor further, who will struggle for access to energy. ‘So the poor will have to rely on stealing coal and power with all the risk that presents,’ warns Mondi. Local analysts suggest that up to 120,000 jobs in coal mining and power plants could be lost in an energy transition. The country has a persistent 30% unemployment rate. Employment in the renewables sector will not directly compensate for its transition losses in the coal industry, says Jennifer Zeiss, Practice Leader in Integrated Energy at Johannesburg-based business consultancy Africa International Advisors (AIA). ‘It will be difficult to replace jobs like for like,’ she says. Adapting the title of Nelson Mandela’s autobiography Long Walk to Freedom, Mondi predicts: ‘It will be a long walk to a just transition.

However, regional gas reserves could provide a way out of this dilemma. The challenge would be a political decision for Mozambique, and possibly also Tanzania, to work with other countries in the 18-member Southern African Development Community (SADC) and develop a gas infrastructure, thinks Mondi. This could give the possibility of real access to energy for many households, as well as creating new industries throughout the region. Politicians are not biting on this. ‘They seem to be seduced by nuclear energy,’ comments Mondi. Their plan involves constructing two nuclear power plants with total capacity of 2.5 GW, even though financing and waste disposal have not been resolved. South Africa currently imports about 180bn cf/y of gas from southern Mozambique’s Pande and Temane gas fields via the Rompco gas pipeline that is 50% owned by state-owned energy and chemical company Sasol, the country’s biggest taxpayer. The gas is used mainly in Sasol’s Secunda fuel and chemicals plant. These fields are expected to start declining over the next three to five years. A pipeline from later Mozambican gas discoveries in the northern offshore Rovuma Basin could take many years to develop, says AIA’s Zeiss. A SADC Regional Gas Master plan proposes that South Africa looks at distributing gas via small scale LNG delivery mechanisms. One of the options, which is fairly well developed, is the Matola LNG project – a joint venture between France’s Total and South African gas group Gigajoule – located in the port area of Mozambican capital Maputo. There are other options for LNG terminals in South Africa, in Richards Bay and Coega.

Gas/condensate discoveries announced by Total over 2019 and 2020 in the Outeniqua Basin, offshore Mossel Bay, could be game changers in the South African energy scene. Reserves estimates from the Brulpadda and Luiperd discoveries in block 11/12B, where water depths range between 200–1,800 metres, could be around 1.2tn cf of gas and 7–21mn barrels of condensate. This would be sufficient to power a 1,000 MW power plant for up to 20 years. However, regulatory uncertainty has acted to deter investment. The draft Upstream Petroleum Resources Development Bill was first issued in December 2019. If enacted, this bill will separate regulation of the oil and gas industry from that of the mining and minerals industry. The bill was supposed to have been tabled to the Cabinet last year and promulgated this year, but progress has stalled with the COVID-19 pandemic. According to local sources, Total wants more legal certainty before committing to future developments on its blocks. The plan is to drill two more appraisal wells on the two discoveries, as well as a new exploration well on a third prospect before the licence contract ends in 2022. State oil company PetroSA is the country’s only gas producer. Gas from offshore Bredasdorp Basin is used as feedstock in the Mossel Bay gas-to-liquids (GTL) plant. The fields are depleting while the company is too cash strapped to continue further exploration. An expanded role for gas was provided for under the South African government’s 2019 Integrated Resources Plan (IRP). This envisaged the creation of an additional 8,100 MW of gas fired and diesel-fired generation capacity by 2030. The government is also planning to launch three new renewable energy rounds this year, totalling 6,800 MW capacity. The IRP also states that an extra 1,500 MW of coal capacity should be installed by 2030. But it now seems unlikely that funding will be forthcoming for these projects due to capital markets moving away from fossil fuel investments, says FTI Consulting’s Menzies.

So far, South Africa’s energy transmission is an accelerating urban shift towards distributed generation. But it remains unclear how any future upgrade or construction of new distribution and transmission grids to accommodate further renewables expansion will be financed. The COVID-19 pandemic caused a 7.2% GDP downturn in 2020, with a loss of 1.8mn jobs. A 3% recovery is expected this year, reports Witwatersrand University’s Mondi, but the economy is expected to even out to a 1.5% growth by 2024. ‘The energy issues are here to stay,’ he says. The predominance of the government and state-owned entities in energy planning is also a hindrance. ‘Any large energy projects are going to require both private sector and government involvement,’ says AIA’s Zeiss. ‘We need a lot more alignment and a meeting of minds.’ 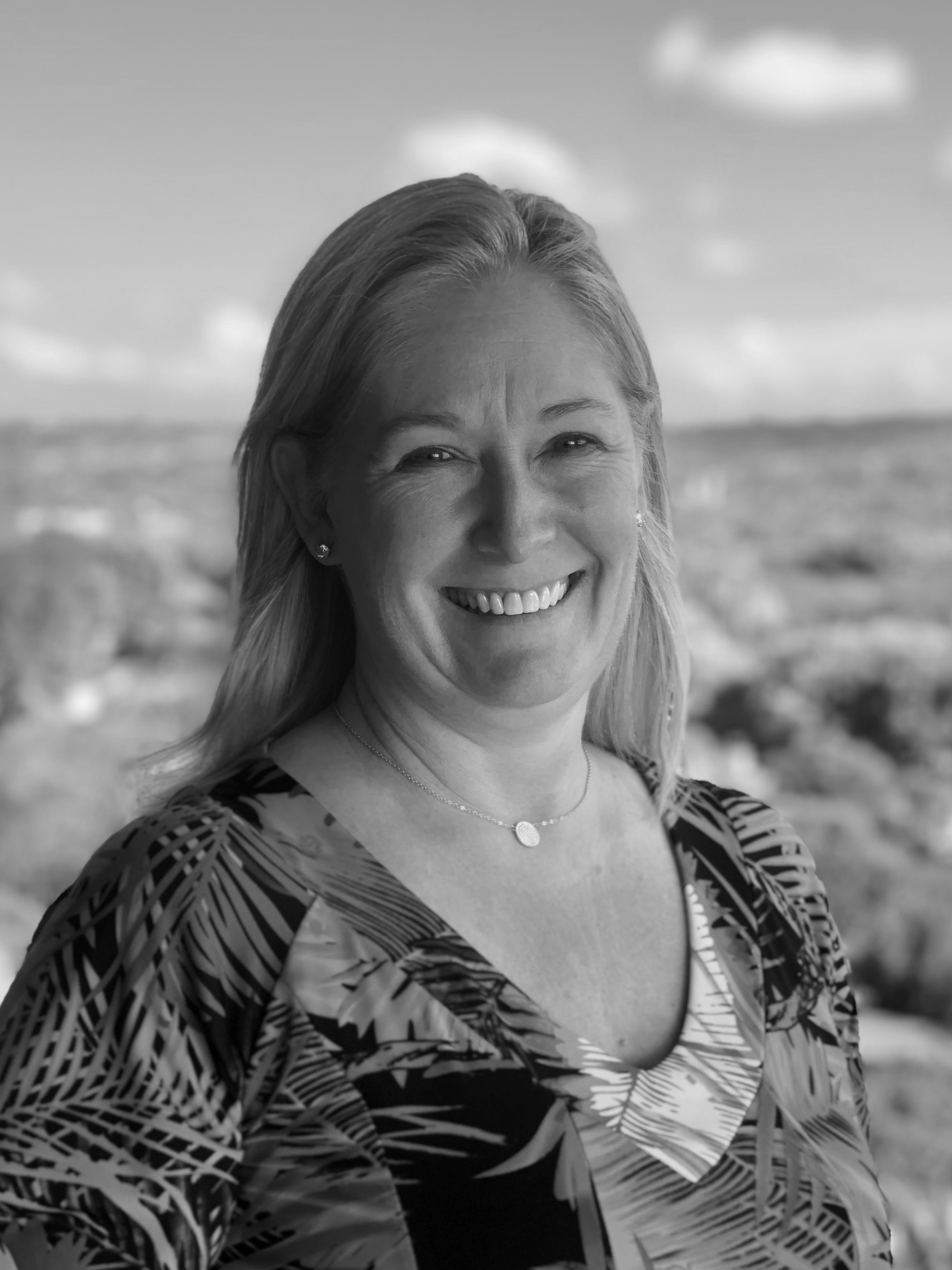 Jennifer Zeiss is a Practice Leader in Integrated Energy at AIA and holds a Chemical Engineering degree as well as an MBA. She has over twenty five years of experience in the energy and petrochemical industries, in the fields of process engineering, business development, strategy and business performance. She held senior positions in South Africa’s largest energy and petrochemical company, where she led major integrated gas and energy projects. Jennifer is a strategic, conceptual thinker and she combines this with her experience of developing projects in the field to deliver long term, sustainable and pragmatic solutions to energy challenges. She is also passionate about people and has the ability to lead and integrate multifunctional teams towards a common vision and goal with a strong focus on delivery. She believes there is a huge potential to unlock value in Southern Africa through the appropriate mix of energy solutions and has joined the AIA team to help clients make this a reality.